You are here: Home / Make Money / What is the Difference between Passive Income and Active Income? 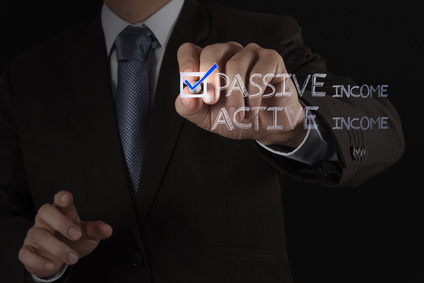 Both active and passive forms of income are earned money. The only difference between them is that active income involves your ‘active’ participation (and your time) while passive income continues to generate itself even after you stop investing your time.

Although this form of income is generated through your full effort and energy, you tend to see the fruits of your work almost immediately. You earn active income as daily wages, weekly or monthly income. However, there are numerous disadvantages associated with active income.

For one thing, if you stop working due to any reason (illness or injury for example), your active income stream will dry up. Putting it in simpler language, you do not have any extra income for the proverbial rainy day (and they tend to occur much more often than we expect). The other disadvantage is that active income is limited in amount.

For example, if you earn £ 5000 as salary, it’s very unlikely that you can earn much more unless you get promoted. The truth is that promotions are few and far between. If you own a business, then you can earn a large income but again, this is only when you invest a significant amount of your time and energy.

You earn passive income when you are able to generate an income stream without being actively involved. You may need to invest a little time and effort – or even a lot of it – during the initial stages but after that the income mainly generates itself.

The biggest advantage of passive income is that you earn the benefit of an income without sacrificing all your spare time. The other advantage is that you have the option of developing multiple streams of passive income. With active income, it’s likely that you can only work at one job. Sometimes, people do work at two jobs but they barely have half a minute to spare for themselves in the process. Passive incomes also come in handy when you need some spare cash.

Since the stream of income is generated regardless of personal involvement, you have the option of accessing this income at any time. Passive income helps us achieve financial independence far sooner than if we only derived an active income. In addition, you can utilise your spare time to generate more income or spend it on family or loved ones.

While active income demands all your time and effort, passive income only requires initial effort to generate itself. Have you managed to create passive income streams for yourself, or are you working on something right now? Share your experiences with us in the comments below.