You are here: Home / Make Money / Warren Buffett Reveals The Secrets Of Investing 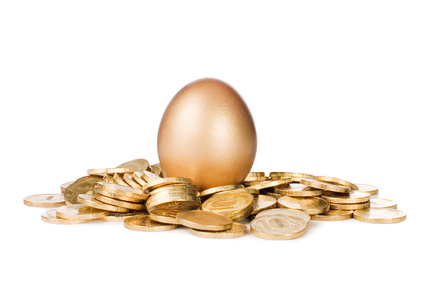 Warren Buffett has been in the news recently, thanks to his enormous $30 billion gift to the Bill and Melinda Gates foundation. But the question on many people’s lips is how did he ever manage to get all that money in the first place? Buffett is estimated to be worth more than $72 billion. His company, Berkshire Hathaway, is said to have a net worth of more than $212 billion, or about half the value of Microsoft. So what are the secrets? How did he do it? Here is his advice on investing,.

The Worst Investment Is Cash

Buffett says that he always keep enough cash lying around to be able to live comfortably, but he never keeps more than he needs. In the short term, holding cash is good he says, but over time, it just loses you money, thanks to constant inflation. Buffett advises that people have just enough to keep themselves ticking over, but not to rely on it to build wealth in the future.

Buffett is also one of those people who understands that value of human capital – that is the value of what you can learn throughout your life. Most people’s wealth, he points out, doesn’t come from investment incomes: it comes from their own education and hard work. This is why he is a big fan of spending time enhancing one’s own abilities to be more productive. Higher productivity mean more money and more money means more investable potential.

Buffett has always been a conscious investor, He’s never been one to follow the market or wrap his investments up in a giant portfolio and hope something sticks. If you’re going to make an investment, he says, make it in a company that you actually know something about. For instance, if you happen to know a lot about the semiconductor industry, make investments in companies like ARM or Nvidia. If you know a lot about the motor industry, think about which companies have the most potential for growth in the future.

Invest For The Long Haul

Buffett understands that predicting the vicissitudes of the stock market from moment to moment is a fool’s game. It’s a complex system with layer upon layer of dynamics and interactions. In the short term, the market is essentially random. But, of course,  what happens in the stock market is driven by underlying trends – trends that are often predictable.

For instance, when investors realised that Donald Trump was going to win the US election, many of them tried to get out of the stock market, thinking that it would hurt America’s profitability. But Buffett took a difference stance, recognising that the incoming president would probably help improve corporate profits. In a sense, he’s been proven right once again, with the Dow now well above 20,000.

Finally, Buffett says that it is crucial that you trust yourself. This, he admits, is the hardest part. Often it is hard to divorce yourself from the greed and the anxiety around you and just focus on the data and your instinct.