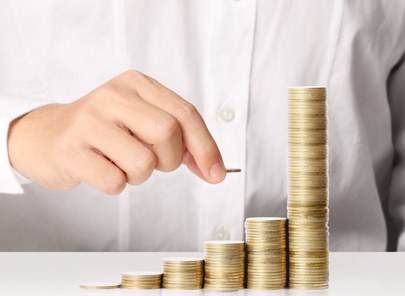 That sounds like a rather grandiose claim, doesn’t it? The single biggest reason debt repayment fails.

One might assume that debt repayment is akin to building a house of cards. You can work on it diligently for hours and hours, but it can all come crashing down at the slightest change. There can’t be a single reason the cards will fall. There’s too many variables. Someone could nudge the table, there could be a gust of wind – there’s endless explanation for why something might go wrong.

Sorry; that might be the case for that admittedly over-extended metaphor, but it’s definitely not the case for debt repayment. When it comes to clearing yourself of the debt trap once and for all, there absolutely is a single cause for why you could ultimately fail at your endeavour.

Silence Is The Biggest Obstacle To Debt Repayment

Okay, so that’s a little acute; let’s widen out a little bit. The single most significant contributing factor to failing to repay debt is when you don’t tell anyone about it.

It’s easy enough to see why you don’t feel like spilling your financial dirty secrets to anyone – because they feel like just that, dirty secrets. Despite the fact that consumer debt is as high as it’s ever been, debt still isn’t something that is considered to be polite dinner party conversation fodder. Instead, it’s the hidden secret. We all know everyone else is in debt, but we don’t talk about it.

The problem extends even further than just not wanting to talk to friends and family. If you apply the “silence” theory further, then it can seriously impact how you manage the debt you’re trying to clear. If you’re not willing to talk to people, seek advice and assistance from professionals, then you’re going to land yourself in trouble. Furthermore, you might be falling into the trap of cognitive dissonance, where you’re not even admitting to yourself how bad the problem is.

If you declare to yourself that you’ll repay your debt without any interventions, then you’re going to have problems – and it’s going to happen quicker than you might think. If you decide that you need a new credit card so you can take advantage of a 0% balance transfer offer, then that’s a good decision. It makes sense. It’s financially sound.

You’ll probably be turned down for a beneficial credit card balance transfer, because you’ve neglected to look through repair.credit to ensure your credit score is as good as it might be. Why didn’t you browse for help before applying? Because that’s the kind of thing, you tell yourself, that someone in a terrible debt situation would do – and you’re not in a terrible debt situation. Your silence even inside your own mind subsequently becomes damaging; you’re forced into accepting lower rates that don’t offer a financial benefit – and this just worsens your debt problem.

You have to break through the silence barrier. Be honest with yourself about how bad things are. Be honest with your family. Be honest with, and seek help from, sources that might be able to help you. If you try and approach debt in any other way, you’re probably not going to succeed in getting rid of it once and for all.