You are here: Home / Save Money / The Rise and Rise of the Budget Supermarket Continues… But Why? 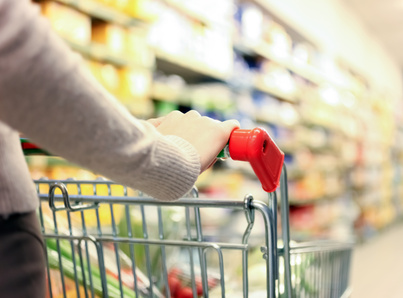 The big, showy supermarkets that once enjoyed a monopoly over British consumers are coming to terms with a different reality. Their profits and sales are being threatened not by a competing giant chain but by the humble ‘budget supermarkets’.

Aldi and Lidl are two notable budget supermarkets in the UK that forced the mighty traditional supermarkets to sit up and take notice of their presence. The reason for the rise of budget supermarkets is the recognition of the British middle-class: One of the most potent forces to drive the UK shopping scene. With rising living costs, escalating rents and spiralling energy bills, people are looking for alternative means to cut costs and save money.

The unprecedented popularity of budget supermarkets comes in the wake of the fact that commodities have increased in price while salaries have stayed more or less stagnant. An increasing number of shoppers are turning to budget supermarkets like Aldi and Lidl to do their weekly and monthly shopping as they are able to save more.

Aldi has come out with an innovative scheme of ‘£1 meals’ by roping in expert nutritionist Angela Dowden. Consumers are beginning to perceive budget supermarkets as a way to cut excess spending without compromising on quality of living. It’s no wonder that Aldi and Lidl are seeing soaring profits – they have targeted a market that has long been neglected by retailers.

According to Caroline Bloor, Editor of Good Housekeeping magazine, retailers are competing to cater to the middle-class and moreover, budget supermarkets are not only for domestic groceries. Aldi and Lidl are proud to offer their customers products from all over the world. You can buy anything from South American filter coffee to Italian flour.

Supermarket giants like TESCO have received an unpleasant wake-up call and have implemented measures for damage control including lower priced goods. But according to UK based ‘Consumer Watchdog’, Britons have given the thumbs up for Aldi and Lidl as the two best supermarkets for their attractive prices, impressive choice as well as courteous customer service.

Now that Aldi and Lidl have undeniably toppled the monopoly of well-established chains, changing the habits of shoppers thanks to a combination of quality food and value for money, it’s safe to say that budget supermarkets are here to stay.