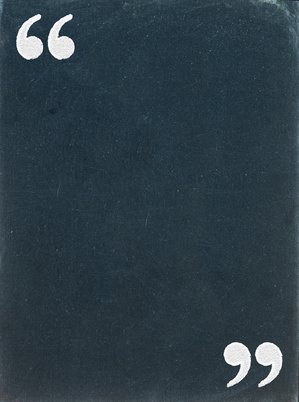 Sometimes there is nothing like a quote to give us the push we need, no matter what we’re trying to achieve. Here are six quotes from successful entrepreneurs to consider when your business plans aren’t quite going, well, to plan!

“Life is what happens to you while you’re busy making other plans” – John Lennon, musician.

Irrespective of gender, race, age or the times they live in; the one common feature of every single entrepreneur throughout history is that they took their ideas and made them happen. Sitting around wondering what might be, does not achieve anything.

“If you work just for money, you’ll never make it, but if you love what you’re doing and you always put the customer first, success will be yours.” – Ray Kroc, founder of McDonald’s.

For many entrepreneurs the money they make is just one numerical measure of their success. Successful entrepreneurs know that money is the by-product of success, it is not success in itself; success comes from their vision of delivering something better than anyone else in the field and a passionate belief in their ability to do it.

“Planning is bringing the future into the present so that you can do something about it now” – Alan Lakein, author.

No successful business venture has happened by pure chance, they have all been underpinned by planning, research, development and preparation. However these plans were not theoretical exercises, they were developed solely to give a deeper understanding of the venture and the necessary actions to achieve success.

“Always treat your employees exactly as you want them to treat your best customers.”  – Stephen R. Covey, author

Entrepreneurs are typically seen as dynamic solo artists. In truth, successful entrepreneurs have a deep understanding of their own strengths and weaknesses. They surround themselves with the best available talent to complement their own abilities. They understand that the way they work with their team has a direct impact on the team’s performance and team members’ commitment to serving their customers.

“You don’t learn to walk by following rules. You learn by doing and falling over.”  – Richard Branson, founder of Virgin Group.

Entrepreneurs have a sound understanding of risk – they understand that the best way to develop a world class product or service is to get it in front of customers, to listen closely to their feedback and to quickly adapt to that information. In this way early versions can be quickly overtaken by improved versions, or junked altogether – entrepreneurs don’t see the earlier versions as failures, simply the necessary steps to developing their best result.

It is important to recognise that risk taking and recklessness are very different things. Recklessness pays little attention to either the likelihood or consequences of failure. Entrepreneurial risk taking recognises that there will, necessarily, be set backs but manages these; for example by piloting new ideas in low cost ways before committing to high cost full production facilities.

“I’m convinced that about half of what separates the successful entrepreneurs from the non-successful ones is pure perseverance.”  –Steve Jobs, co-founder of Apple.

Just because we see an entrepreneur as being successful it doesn’t mean that it was always that way. We often aren’t aware of all the plans and ventures which failed before they hit upon the one which became a success. The successful entrepreneurs persevered, even when others doubted, ridiculed and mocked, and even after one venture after another didn’t quite go to plan. The moral, don’t give up. Ever.