You are here: Home / Ditch the Debt / Sacrifice your financial independence – or sacrifice for it instead? 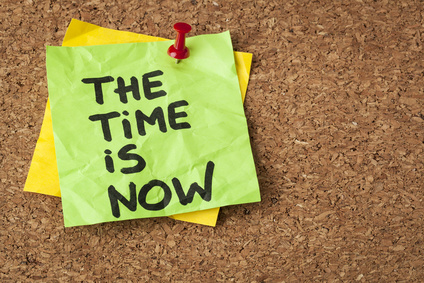 The word ‘sacrifice’ conjures up many negative connotations of suffering and loss, but does it really have to be such a pessimistic abnegation when it comes to getting our finances in order?

When dealing with our finances we often act in the here and now. We think of the debts we owe, the bills we need to pay and the money we need to live on between now and our next pay day. We might think about our plans for the weekend or that new restaurant opening in town. We might treat ourselves to a new car. We work hard all month so when our pay hits our bank account why shouldn’t we treat ourselves as a reward?

And all the while we are stuck in the rat race with no thought of ever getting out.

We work hard so we think we need to give ourselves some kind of recognition for doing so. Or we had a bad day and need to cheer ourselves up. Or it’s our birthday, or it was our birthday, or our birthday is coming up… in another six weeks. Really, we could come up with an excuse to treat ourselves any time, couldn’t we?

We don’t think beyond tomorrow, or next month or next year.

We only think about the now.

We are reluctant to sacrifice our lifestyles. We don’t want to pay more than the minimum payment on the credit cards, or make extra payments on the mortgage to pay our homes off sooner. We don’t want to clear that loan faster because doing so would mean taking more money from our pay and we would be left with less money for treats. Why should we give up our satellite TV subscription or our weekly meal out with friends? After all, we work hard! We deserve it!

And still we confine ourselves to the rat race in order to pay for it all.

What we don’t consider is that each time we splurge and treat ourselves a little more now, it comes with a penalty paid for by our future.

By clearing debts, paying off mortgages and saving your money in investments that grow, you will have a brighter tomorrow with the financial security and independence which allows you to live the lifestyle you are able to live. By living for today and only for today, your tomorrow will only be a disappointment by comparison.

Sure, you’ll be able to look back at the memories of that sporty car you bought on a whim, or of that time in the 5-star hotel that you couldn’t really afford but stuck on the credit card because the offer was too good to miss. But is looking back all you want to do? What about the looking forward?

Debts accumulate and payments to keep a roof over your head still need to be made. Bills will still land on your doorstep and you’ll always need food and clothes. Do you really want to be working until your mid-sixties to keep the basics going? Will you still be working harder for longer in order to pay off the loans and cards you relied on for the treats you had 20 years before?

How about retiring at 50 instead?

Or how about 40? Earlier?! How about getting out of the rat race, liberating yourself of the boss breathing over your shoulder and living your life free from the daily grind? How about having the freedom to really enjoy your life while you are still young enough to enjoy it, without experiencing that Monday morning feeling every week?

The need to sacrifice something at some time always comes to us at some point.

For some it is unbearable to forgo the payday treats they look forward to each month. Retirement is way off, and what would one overpayment on the mortgage do anyway? And after all, what if you died tomorrow? Life is for living, right?

For others it is making the decision to sacrifice the now for later. It means dinners with friends at home instead of the restaurant three-course meal out or holding onto the old dependable car instead of the flashy new one which will only depreciate as soon as you drive it off the forecourt. It means renouncing the de-stressing beauty treatment to pay off the cards faster. It means staycationing for a year or two to make extra payments on the mortgage.

The act of sacrifice does not need to be treated negatively. The results of the sacrificial decisions you make don’t even need time to show. The rewards your financial sacrifices make can be seen immediately every time you open your bank statement and you have more money than last month, or when the credit card demands stop.
It means financial independence sooner rather than later, or in many cases, sooner rather than never.

‘Sacrifice’ doesn’t have to be a detrimental undertaking performed under duress, but it can be a positive act of decisive accomplishment. What it entails and how it performs will affect us all at some point, whether it is now or later.

All it either abandons or achieves lies in your own state of mind, how you view it and how you treat it. It’s not about going without right now, it’s about making provisions now and putting practices in place so that five, ten or 15 years down the line you have the financial freedom to allow yourself to live the life you want without the boss, or the 9-5 hours, or the monthly wait for payday to come around.

Will you be sacrificing financial independence, or making the decision to sacrifice for it instead?