You are here: Home / Make Money / Real Estate Hotpots Crying Out For Your Investment Dollars 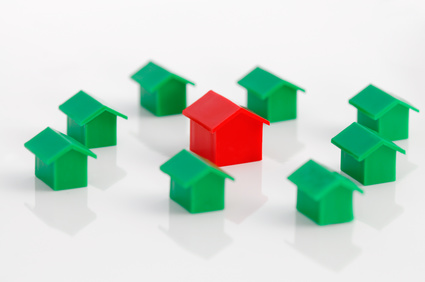 When it comes to property, location is everything. You might find a great home with great interior decor and large square footage, but if it’s in the wrong place, it’s likely to have limited appeal.

Just as in the past, people are looking for properties with great locations. Recently, buying properties overseas has become more and more popular, and domestic businesses look to expand their reach.

Here are some of the places that are seeing the most interest right now.

Michigan was once the heart of the rust belt – an area of the US in secular decline thanks to its history as a manufacturing base. But with the election of Donald Trump, that legacy might be about to change. Rather than cities like Detroit hollowing out and seeing their house prices fall, we could be on the verge of a revival that could see wealth and prosperity return to the area. Already jobs are pouring back into America. Foxconn recently announced a $7 billion dollar investment, and the Chinese company, Alibaba, promised a million new jobs in the USA over the next decade.

In the midst of all of this, it is likely that manufacturing companies will go to areas like Michigan which have high supplies of the type of skilled, hands-on labor that they’re looking for. As demand for labor grows, so too will wages, which will push up demand for housing in the region even further.

Geneva has long been one of the most exciting places in the world to live, thanks to its high culture and cosmopolitan makeup. As a result, prices here have traditionally been high – as they have in other major Swiss cities. But with the rise of the CERN particle accelerator over the last decade or so, the city has seen a big influx of scientists. These scientists aren’t just going to work in their government-funded institutions either. They’re setting up companies in what is fast becoming a sort of Silicon Valley spin-off – and we all know what’s been happening to house prices near Silicon Valley.

There’s a reason why companies like Enness International are pushing people to invest in property in cities like Geneva. Far from prices having reached their peak, there’s real evidence that they will go even higher in the future with the growing scientific community in the city.

Medellin, a small, cosy city in Colombia, is considered to be one of the best bets for young entrepreneurs moving abroad, as well as a great destination for expats. Despite being located in Colombia, the crime rate is low, and the city is said to be “euro-chic” in style by publications like the Huffington Post. As such, investors consider Medellin a place that is ripe for significant returns, especially as the economy of Colombia accelerates in a similar way to what happened to Chile in the 1990s.

Medellin is also promising for investors who want to turn a quick profit. Right now, run down properties are cheap to buy and cheap to do up, but renovated properties sell for a premium.