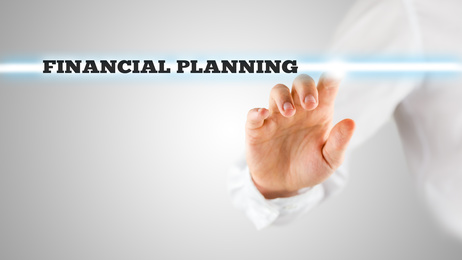 The tax year in the United Kingdom ended on 31st March, the point where every self employed person or business owner is meant to declare all of the financial information from the past twelve months for tax purposes so that HMRC can check that they have contributed enough tax to the economy.

Around the end of the tax year you tend to find that lots of business owners, or their in-house accountants depending on the size of the company, tend to get quite stressed. Missing the deadline can have serious repercussions for those at the top with fines placed on businesses for not getting their tax returns in on time.

This will also vary depending on the size of the business and the amount of money you would theoretically owe the government. Lots of smaller companies, and those who don’t employ an in-house accountant, will have meetings with their accountants in the weeks leading up to the end of the tax year; and staff will soon find out from their bosses what those twelve months might have meant for their personal bonuses.

Companies often award bonuses as a percentage of salary to their staff depending on how much it turns out the company made in the past twelve months after discussions with their accountants and having put a new financial strategy in place for the year ahead. If you’re thinking about putting a new financial plan in place for the 2015-16 tax year, here are a few suggestions:

As mentioned already, some companies offer their staff a bonus around May or June, once they have the results back from their tax returns. It’s often a percentage of their salary based on company profits for the year and can act as a real incentive for some members of staff to put in the hard work to make sure they get rewarded. You could look at the projections for the year ahead and discuss this with your accountant and work out if it’s a viable option.

Companies are always looking for new ways of making money and sometimes you have to borrow or spend in order to accumulate. Whether it’s acquiring another company or looking to expand into larger premises or with more staff; doing so takes money.

HSBC are offering small businesses and SMEs in the UK a share of £8 billion in business loans, or you could approach BuddyLoans.com for a guarantor loan, which involves putting someone else’s name on the agreement to pick up the repayments if, for whatever reason, you can’t make them.

Of course, it won’t always be a successful year. Not every company makes the kind of money that allows them to spend money on new equipment, larger offices or bonus schemes; others have to think about cuttings costs and maybe going in search of new clients and customers before they can afford to spend.

In these instances it can be difficult to tell staff that they can’t have pay increases this year, but there are ways to save money in the workplace without compromising morale or quality. A top accountant would be able to look at the spreadsheet and discover where savings could be made and, of course, everything would be done to ensure that that didn’t involve letting staff go. It might be that the Christmas party needs toning down this year or that you have a few less company lunches that come out of the profits for example.