You are here: Home / Ditch the Debt / Give Yourself Some Credit! How To Climb Out Of A Pit Of Debt 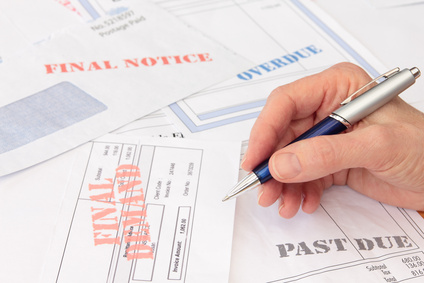 There are few words in the modern world scarier than “debt.” Most of us hear the word debt and assume that it’s a sign that you’re in some kind of unfixable financial meltdown. And, for a lot of people, that can be the case. Getting into debt can often feel like you’ve dug yourself into a pit so deep that you simply can’t get out of it. However, that doesn’t need to be the case. Just because you’re struggling with debt doesn’t mean that that needs to be the permanent state of affairs. It takes a fair bit of time and a decent amount of hard work but here are some ways that you can pull yourself out of the pit of debt that you may have found yourself in.

One of the most effective ways of dealing with debt is also one of the ways that a lot of people are reluctant to try: consolidating their debts. The reason that a lot of people don’t like this idea is that it involves taking out a loan in order to pay off all of your debts at once. The idea of taking out a loan to pay off your debts probably seems very strange to a lot of people, but it can often be the best thing to do if you feel as though the level of debt that you’re dealing with is becoming overwhelming. Going to a site like consolidate.loan allows you to take out a single loan that covers all of your existing debts. Not only does it reduce the number of debtors that you have to deal with at any one time, but you can also cut down on the amount that you’re paying back each month as well.

Debt can often make it feel as though you barely have enough money to get by. If that’s the case then there’s one simple thing that you can do to alleviate some of that stress: stop spending. The truth is that most of us simply spend more than we really need to and often end up getting into financial trouble because of it. Create a budget for yourself and try as hard as possible to stick to it. That way you can make it that much easier to avoid pointlessly spending your money on things that you don’t need.

There’s nothing quite like being able to pay off a debt in one large chunk. Of course, most of us aren’t really in a position to do that. However, if you want to be able to do that, then it’s time to start saving. Now, you might think that you need a lot of money leftover each month to start saving, but really you only need a little bit. As long as you’re putting away a small amount each month, it will add up surprisingly quickly. That way you’ll have the money to clear some of your debt in one go much faster than you might expect.

Of course, if you’re really struggling to deal with your debts then there are plenty of organizations that you can turn to for support, many of whom specialize in helping people who have been struggling with debt for a long time finally get back into the black.