You are here: Home / Ditch the Debt / False Truths And Downright Lies About Borrowing 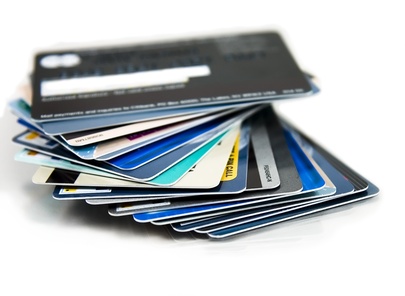 We think it’s fair to say that borrowing has received a bad reputation in the media. People constantly complain that payday or short term loans are nothing but debt making machines. Or, that they cause people to slide into a debt spiral. Essentially, they have to borrow more money to pay off existing debts due to remarkably high levels of interest. This has led to many politicians and pressure groups campaigning for stricter laws to stop borrowing. Many, it seems, would like short term loans to cease to exist altogether. It would be easy to suggest that borrowing is always bad news. But is this actually true?

Arguably not and let’s face it, borrowing is built into the fabrics of society and the economy. Just look at the housing market. First time home buyers will always borrow money to buy their first home. Why? There’s no way they have enough in their account to arrange a cash purchase. Homes are simply too expensive these days, and a mortgage really is your only option. Now, you might differentiate between a long term loan and a short cash advance. But, a mortgage can be just as damaging for owners, as can be seen on azdailysun.com. Therefore, if you say that loans are bad, you should include mortgages as well as business loans. If you want to run a startup this year, you’ll need to borrow cash. There’s just no way around it and the truth is that the ability to borrow is one of the reasons why many businesses have been able to find success. So perhaps the problem isn’t the loans per say but rather that people don’t fully understand them. Here are some of the biggest lies and false truths about loans that you might believe.

Only The Poor Borrow Money

This simply isn’t true, and there is plenty of evidence that the middle class and the ultra rich also borrow. For one thing, the concept is certainly present in American politics. Politicians borrow millions in loans to fund their campaigns and get elected into power. You can read about this on personalmoneystore.com, and these individuals are certainly not the poorest in society. If anything, they are some of the richest. Particularly, when you see just about much the average congressman makes once they have been elected into power. So, where does this idea that it’s only the poor who borrow originate?

Well, there are plenty of people who claim that lending companies are intentionally set up in the poorest neighborhoods. It has also been suggested that the amount available to borrow is designed to be attractive to poorer citizens. For instance, by borrowing a couple of thousand, you can go on the holiday that you’ve always wanted. While it’s fair to say that people who are on lower incomes do borrow money, there’s a sad fact to take into consideration here. They have no other option because research has shown that over twenty of the population live below the poverty line. As well as this, there are individuals whose quality of life is impacted by other factors. For instance, those with disabilities are more likely to borrow because they don’t have a stable enough income to pay for what they need. You can read more about that on newstatesman.com.

You can argue that these individuals should borrow from the bank rather than a private lender. But a) banks still charge interest and b) they probably won’t be granted a loan. Many of these people do not fit the criteria to borrow from a bank because they won’t be able to pay it back.

So, while the poor do borrow they are not the only ones.

Do they? These days, it’s possible to work out how much a loan is going to cost in total. You should know exactly how much the money is going to cost you before you borrow. Almost every major borrowing site now offers a free tool for this specific sum. There’s very rarely any hidden costs and more than that there are checks in place. Loan companies do perform self-assessments on borrowers. However, usually, borrowers lie because again, they need the money. So, they will make false claims about their income, their stability to ensure they get the loan. At this point, the company can not protect someone from taking out a loan they can’t afford.

There are also plenty of loans on the market designed to help people escape debt. Using a debt consolidation loan, you can cut the full cost of the loan down and only pay one interest rate on the money. As such, it can make the debt a lot more manageable. Some have even gone as far to claim that these lenders are charities.

All Lenders Are Criminals

Perhaps it’s not said in those exact words, but that’s certainly the impression you get reading about lenders in the media. They set them up as businesses designed to steal the money of hardworking citizens. There are always some bad apples on a tree, and that’s true in every industry. But most of the lending companies are hoping to help people as well as turning a profit. This is clear from the way the payday lending industry has changed in the UK. Many lenders voluntarily made changes to business practices before new legislation was brought in. Most also did not fight the changes that were implemented and accepted they were a way to help the public.

It is again, important to stress that a lot of people rely on loans to survive. Now, of course, people should not be left in this position. But the lenders aren’t to blame for that. The government is responsible here, the lenders are merely filling a gap in the demand.

As you can see then, there are quite a few misconceptions about loan lenders. We hope we’ve cleared some of yours up and put some new light on the lending industry.