You are here: Home / Ditch the Debt / 4 Reasons Paying Off Debt Your Isn’t Necessary 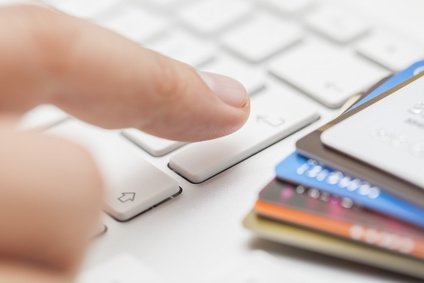 Debt is a word which most of us fear, and for good reason because it can have a detrimental effect on life. Most of us, then, decide we have to pay back the loan as soon as possible. After all, paying it back as soon as possible is the right thing to do to ensure our future, isn’t it? The truth is that this tactic might not be the best option, especially as there is no need to pay off a debt in full for these reasons.

There is a myth that debt affects a person’s credit rating as the debt means that said person won’t be liable for help from the bank. In layman’s terms, the myth is absolute nonsense. Yes, debt isn’t good if we can’t pay it back at the rate that the lender sets out in the agreement. However, if we do pay back the loan in small chunks, it won’t negatively affect our credit rating. In fact, it helps it because it shows we can manage our money. Banks, for obvious reasons, like people to be in debt – they just don’t want them to default.

It sounds stupid – how is being in debt cheaper than being debt-free? – but it is true for certain types of debt. Anyone with a mortgage is the perfect example. As soon as those of us with large mortgages come into extra money, we want to pay back the mortgage or overpay. The benefits seem obvious – it is the largest debt we are likely to have, and we won’t have to pay interest if it no longer exists. The problem with this is that the interest payments aren’t very high. Compared with a bank loan or a credit card loan, they are very reasonable. Therefore, the money we spend on the mortgage will cost us more in interest elsewhere.

Some debts don’t need paying back at all until we earn a certain amount, so there is no need to worry about them. These kinds of debts are few and far between, yet they do exist. A student loan is a good example. The government in the UK doesn’t expect the student to pay the money back until they earn £20,000 a year. Not only is it a good wage, but it is also a salary a lot of students don’t earn until a few years after graduation. As a result, there is no need for them to consider paying it back until the government gets in touch and sets up the repayments. Some graduates will never have to pay it back at all if they don’t go over the threshold.

Plan For The Future

If we don’t have to worry about using our money to pay off our debts, we can use it for other things like investments or retirement plans. All that we have to do is take the extra cash and put it in a pension fund or use it to buy a property. After a few years of putting money into either scheme, we should have enough to comfortably retire as well as pay off what’s left of our debts.

Being in debt isn’t the end of the world. For most of us, it is just the beginning.