You are here: Home / Ditch the Debt / 3 Interesting Ideas To Help Pay Off All Your Debts 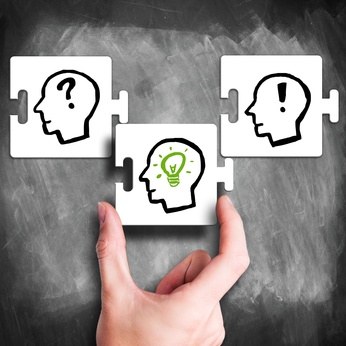 There’s already plenty of debt advice on this blog, but our previous articles mainly focus on singular debt. This is where you only have one type of debt to pay off to one organisation or person. It could be credit card debt, a student debt, a mortgage, or a personal loan. But, what happens when you have all these debts piling on top of one another? How do you get yourself out of debt completely?

The more debt you have, the harder it is to clear yourself of it. Bearing that in mind, I’ve jotted down some interesting ideas to help you banish all your debt and beat it into the dirt.

When you have multiple debts to pay, it can be really difficult to stay on top of everything. You have different people shouting at you to pay them, you almost don’t know which way to turn. If you want to pay every debt off one by one, then you need to start prioritising. Look at your debts and figure out which ones are more important than others. I mentioned in this article pinching-pennies.com/2017/09 that some debts are better than others. If you’ve got bad debt, like credit card debt, you need to move that above something like a mortgage. Some debts may be charging ridiculously high-interest rates that make them cost more and more the longer you wait. In which case, pay the most costly debts first. Leave them until last, and you can end up paying way more than you needed to.

The whole idea of debt consolidation is pretty much made for people with a lot of different debts. Basically, you consolidate all your debts at once and get a loan that pays them all and moves them into one big loan on its own. As it says on debtconsolidation.loans, you don’t have to worry about tracking multiple bills, everything is in one place. This now changes the situation as you only have to focus on paying back one big debt. It’s far easier to handle, and you get multiple organisations off your back. Is it ideal for everyone? No, some people don’t like the idea of applying for yet another loan. Weigh up all your options before making the decision.

You may be in a position where you feel like you could pay off all your debts if you only had a little extra cash. In this case, some of you may turn to expensive short-term loans as a way of funding things. Don’t do this, they can be very costly and put you in more debt afterwards. Instead, you should get an authorized overdraft for your bank account. As it says on bettermoneyhabits.bankofamerica.com, you can pay for things using an overdraft even if your balance doesn’t cover it. The key is to sign up for overdraft coverage or protection. You only pay a small fee for dipping into your overdraft, but it can help you pay off some of your debts a lot quicker.

If you’ve got loads of debt piling up from different areas, then these three ideas can help you sort it out and get back on the right path to financial stability.