You are here: Home / Make Money / 3 Inspiring Stories of Struggle and Triumph from Top Entrepreneurs 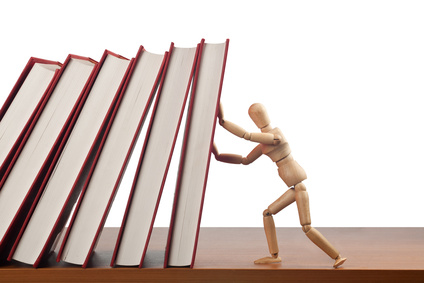 No successful business can be established without experiencing a few – or many – bumps along the road.

Here are 3 inspiring stories from top entrepreneurs who used positive attitude, grit and determination to triumph over setbacks and eventually achieved unparalleled heights of success.

Hillary Devey started out with what would appear to be crippling disadvantages: Her father was declared bankrupt and she was forced to leave school and take up a job at the age of 16. When she came up with a business idea, UK banks refuse to finance her. Eventually she sold her home to fund her business which now grosses over £100 million a year.

Her secret to success: An indomitable will and refusal to be beaten by adverse circumstances.

Her Unique Selling Point: A viable and unique business model that proved to be a first class distribution system.

Advice to aspiring entrepreneurs: You need to ruthlessly focus on the bottom line without getting distracted with side-issues.

The Reuben brothers were born to a lower middle class Jewish family in Mumbai and started their life in relative poverty in India. They migrated to the UK in the 1950’s and later began trading in carpets and metal scrap. They also took advantage of the economic boom of the 1970s and 80s and invested in some sound real estate deals that eventually generated millions of pounds.

Their secret to success: A careful eye on the economy and an uncanny sense of timing

Their business USP: Hard work, effort and a thorough knowledge of the metal scrap industry in the UK.

Advice to aspiring entrepreneurs: Investigate any undervalued property for potential before investing

Michelle Mone suffered through a poverty stricken childhood and worked from the age of 10, delivering papers. Her father was paralysed when she was 15 and she had to earn a living with no educational qualifications to fall back upon. When she started her undergarments business, she incurred a whopping debt of £ 100,000. Her revolutionary ‘Ultimo’ brand went on to gross millions.

Her secret to success: Confidence in her innate ability to design women’s wear

Advice to aspiring entrepreneurs: Never give up on your dreams even during terrible times of adversity.

Reading the stories of successful entrepreneurs who have triumphed over setbacks provides inspiration and confidence to those who wish to start on their own, no matter what their circumstance. Whose story of triumph over adversity inspires you?