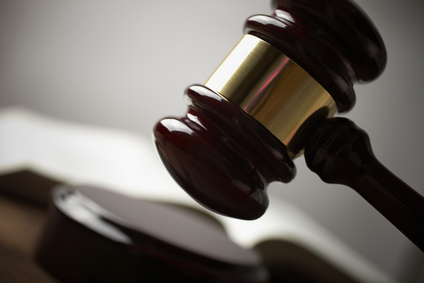 Folk wisdom tells us that divorces are expensive, difficult and unpleasant. Yet, while it’s true that no divorce is “stress-free”, there are ways to make sure it’s a lot easier than you might expect.

It is possible to keep divorces cheap for everyone involved, to do things relatively simply and to remain friends with your ex-partner after your divorce. Achieving all that is just a matter of following the right advice.

With that in mind, using a London divorce solicitor makes sense. Firstly, because of the sheer number of legal experts in London, a London divorce solicitor has to be good at what they do. If they aren’t, it’s very easy to just go somewhere else. Secondly, because London is home to the vast majority of the country’s solicitors, you get to choose between most of the country’s solicitors by visiting just one city.

Remember: “The Law is Reason, Free from Passion”

It was Aristotle who said those words and, though he never went through a divorce, it’s sage advice for people who are going through one. Of course, exerting “reason free from passion” is easier said than done when you are arguing over someone you once loved over who gets the house.

So, take a step back. Recognise that it’s impossible for both of you to keep the house, recognise that the sentimental value you place on things doesn’t factor into their financial value, and consider a joint asset valuation rather than two separate value assessments.

Using a divorce solicitor to value your assets together is a perfect example of what can be achieved when you try to go through a divorce “free from passion”. In instances like this, a divorce solicitor can act as a much-needed, disinterested observer. This can help both of you to remain calm.

Keeping your emotions in check won’t be easy in the short term, but it will make the process a lot easier — as well as help your emotional health — in the long term.

No Matter How Uncomfortable the Conversation, Deal with Debts Now

Sadly, it’s not uncommon for one partner to have debts which the other partner doesn’t know about. It may well be exactly this sort of dishonesty which caused the divorce in the first place. As difficult as it might be, you need to ask your partner about their debts.

If you don’t, you may end up having to pay for this debt long after the marriage is over. A divorce doesn’t write off debt and it doesn’t necessarily guarantee that you won’t be jointly responsible for your ex-partner’s.

Get a Prenup Next Time

If you’re already married, you can get a postnuptial agreement. This will also help to protect the both of you in the event of a divorce, but it’s also a hard thing to do. If you’re getting divorced, that debt and money conversation will have to happen eventually. If you have a prenup or a postnup, you’ll at least be thankful that the conversation’s already happened.