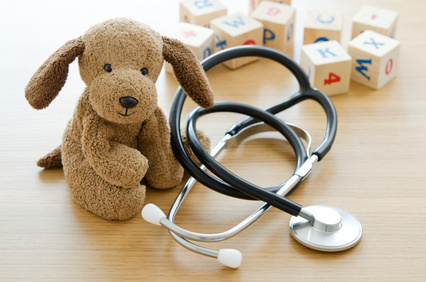 Medical bills are feared by many: after a grueling time in surgery, or even simply a grueling time with an unpleasant physician, you’re going to be slapped with a fat bill to top it all off. This guide will help you prepare for this bill and explore your options. Those who want to pay less in medical bills are urged to continue!

Who’s to blame for soaring medical bills? Everyone wants an easy answer to this question. The problem is that there really isn’t one. For a long time, people were quite happy to blame the physicians. The story would go that physicians were simply too greedy, that they would set prices that allowed them to take home absurd amounts of money, all at the expense of the patient. This probably arises from the idea that many critics present: that these physicians direct the vast majority of healthcare spending, so they must be the problem.

But if you look at any medical bill, you will see that an awful lot of money is going to manufacturers and the hospitals themselves. It’s estimated that about 10% of national healthcare spending ends up as physicians’ take-home pay – which, when you think about it, isn’t all that much. It’s important to remember this as you deal with your own medical bills. Your physician (probably) isn’t the cackling, money-grabbing villain that many armchair economists have made them out to be. Place your focus on the ones who are really taking the highest figures on those bills.

Why don’t people pay enough attention to medical bills? Why aren’t individuals they as scrupulous about healthcare spending as they are in other financial matters? After all, aren’t we always being told that consumers are rational beings who will always make the most efficient decisions with their money?

Well, healthcare certainly isn’t where you’re going to find that rationality. This is because the consumers – in this context, the patients – rarely know the particular pros and cons when weighing up decisions. In fact, they rarely find themselves weighing their options – they usually just leave it to their doctor.

It’s probably safe to assume that you’ve done price comparisons for items before. Perhaps when you were buying a television, or a car, or a video game, you searched online to find the best deals. You not only considered the face values; you also considered others editions or makes of those items. This is consumer rationality at work. You’re in what we can call ‘penny-pinching’ mode. It’s a good mode to be in; it is, after all, what this blog is named for.

Now let’s move to the doctor’s office. Let’s take a relatively low-stakes issue, such a high blood pressure. (It’s fairly low-stakes when compared to the likes of cancer, anyway!) When it comes to healthcare, people rarely think about penny-pinching. They’re not willing to do it. This is then combined with a common lack of understanding of their options. So you have high blood pressure: what is going to help you more, and what will present you with more value for money? Angiotensin receptor blockers or beta blockers? Most people won’t know. Even those who have some cursory knowledge might not be able to summon that knowledge when put on the spot.

So who does the patient trust to make such a decision? You’ve got it: their doctor. In a way, this means that the doctor makes the consumer’s choice on their behalf. The ‘ultimate consumer’ – i.e. the patient – doesn’t actually choose the product or service that they’ll consume. And the doctor may end up choosing the most expensive option, even if the other option would have done you just as much good. (So sometimes, perhaps, your doctor really is just seeking to get the most profit.)

To some, this would be an argument for increased government intervention. To others, such intervention would simply ignore what the real problem is: people aren’t informed enough. Let’s focus on the latter point for now. People end up paying huge amounts in medical bills because they’re not informed enough about medicine or their options.

Medical billing advocates aim to aid in educating patients about medical billing. Let’s face it: some of the billing practices we see in healthcare could be called downright abusive. If you find yourself faced with a huge medical bill, then you can actually hire someone who’s willing to help.

Having a medical billing advocate in your corner can help a lot – you just need to be careful when it comes to how you go about hiring them. Some can be pretty darn expensive, charging three-figure-per-hour rates, much like a lawyer. However, a lot of advocates will take a percentage of your savings as their charge. Considering that you can save thousands, they often walk away with a decent amount of pay! This also means that the cost will be very low – and sometimes non-existent – if they can’t save you any money. The percentage is usually around 30%, but can be as low as 15%.

Fret not if you’re unwilling or unable to get such assistance. You can take matters into your own hands.

So how exactly did you land in hospital? This is a key question to ask, because it can make all the difference when it comes to how you pay your medical bill – or perhaps I should say who pays for your medical bill.

A lot of expensive healthcare is the result of an injury – and injuries aren’t always the fault of the injured. Let’s say you were riding your bicycle to work, following the rules of the road, going at a safe speed, watching where you were going. Then a 4×4 drives into the back of you because the driver wasn’t paying enough attention (that, or they really don’t like cyclists).

If the injury wasn’t your fault, then it doesn’t seem fair that you should pay the medical bill, right? Well, most courts are going to agree with you, which is why you should consider finding an injury attorney to help you land some compensation. This may take the form of an order from the court to the defendant to pay your medical expenses, but it will most likely result in a specific amount being paid out to you. And this money, of course, can be used towards your medical bills so your own wallet doesn’t feel too much of a sting.

Of course, just because you’ve ended up with a fat payout for your pain and troubles, it doesn’t mean you shouldn’t continue to look for other means of saving on your medical bills.

If you haven’t undergone treatment yet, then this is something you should think about. When you go for treatment, you’re going to have a specific hospital status. You’ll be an inpatient or an outpatient – and that will greatly affect how much you end up paying.

Some people think that the distinction is pretty simple; if you stay overnight, you’re an inpatient. If you don’t, or end up getting the treatment at a different facility, then you’re an outpatient. But it’s not quite as simple as that. An inpatient is someone that a doctor has formally admitted to the hospital; this may not happen if you’re in the emergency department, for example. There are several instances in which a doctor may advise you to stay overnight without admitting you as an inpatient, which ends up saving you money.

If you’re awaiting surgery and think you could get it done for less at an outpatient center, then ask your doctor. In such a case, the doctor should only compel you to have the surgery as an inpatient at their hospital if they have important medical reasons to do so.

Medical bills aren’t always precise in their accuracy. There are two explanations for this: genuine human error, or a quick rounding up on the part of the party putting the bill together. (Whether they did this because they’re overworked or because they were trying to squeeze more money from you is something I’ll leave you to answer.)

This is why you need to review your medical bill thoroughly. It doesn’t always require an advocate by your side to tell when something is awry. Some errors are as on-the-nose as a charge for a service you never received, or a stay that never occurred. Don’t just sigh and blindly accept the total sum you see: go through that bill with as fine a tooth comb as you can muster!

Finally, there’s the most underappreciated method of saving on your hospital bill of all: negotiation. There are a couple of reasons that most people don’t do it. One is that they don’t know they can negotiate; another is that they underestimate their ability to do so, assuming that the other party is going to remain implacable and give you a stern “no” before holding their hand out and demanding their cash.

But as long as you’re armed with some facts (see: everything that came before this paragraph) and are reasonable with your suggestions, you may be pleasantly surprised. For example, if you offer to pay off a substantial amount upfront – maybe in the 30-50% region – they may be willing to write off the rest. (Of course, that 30-50% is probably, itself, quite a lot of money.) In any case, negotiating can be successful if you do it right.