You are here: Home / Make Money / 15 Successful Women Entrepreneurs Who Made Millions 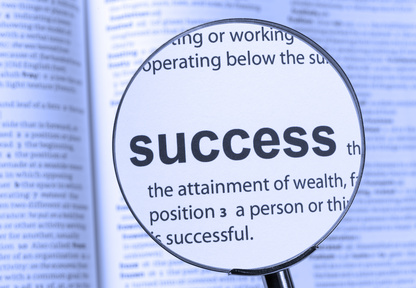 Female entrepreneurs have branched out into every field including media, healthcare products and philanthropy.

Here is a list of the 15 top female entrepreneurs:

With an estimated wealth of $2.9 million dollars, Oprah Winfrey owns her own TV network OWN. She turned around the fortunes of the once struggling network and transformed it into a super-successful venture.

Oprah suggests that each of us can change our lives if we change our attitude.

Laurene is the founder of Emerson Collective and advocates the use of entrepreneurship for developing human resources.

She suggests that mistakes will happen but you will minimise loss if you rectify it quickly.

Wu Yajun is a down-to-earth, practical and communicative person who regularly interacts with entrepreneurs in China.

Arianna is also host of a popular radio show and has written more than 14 books on life, business and success. Her net worth is roughly $315 million and she suggests that entrepreneurs should learn to strike a comfortable work-balance to avoid burnout.

She started her own fashion house (now worth about 1.9 billion dollars) and became popular for the thigh-slimming silk dresses. Diane and her billionaire husband, Billy Diller, are active campaigners for human rights. Diane encourages women to be their own best friends and to avoid feeling insecure.

An extremely successful designer of handbags, shoes, sportswear and clothes, Tory Burch is valued at approximately $3 billion. Tory says that there is no shortcut to success; it’s about seeing opportunities and connections that others may not be able to see.

Judy Faulkner is the owner and founder of Epic Systems that market their own electronic healthcare systems. Judy is one of the few women who has been enormously successful without the help of a father, husband or partner.

Judy encourages entrepreneurs to stick to their business and focus on meeting the needs of their customers.

Hu Shuli is known to be an intellectual who specialises in investigative reporting coupled with an uncanny business sense. She is known to be willing to take risks and has a savvy knack when it comes to media.

The dynamic and enterprising business icon is the founder of India’s biggest bipharma, ‘Biocon’. Kiran’s wealth is estimated to be about $1.2 billion and she was awarded the Global Economy Prize by the Kiel Institute of Germany.

Sara Blakely is the world’s youngest female billionaire and is worth an impressive $1 billion. She is passionate about women’s fashion wear and is known for her revolutionary ‘shapewear’ undergarments line.

US-based Weili Dai is the founder and President of Marvel Technology Group Ltd and has made a name for herself in a predominantly male arena: Semi-conductors. She was the winner of the God Stevie Award.

Folorunsho Alakija is a Nigerian based woman who studied fashion design in London and opened her own company ‘Supreme Stitches’. She also founded the ‘Rose of Sharon Foundation’ for orphans and widows.

Zhang Yin is the founder of Nine Dragons Paper Holdings that imports scrap material from Europe and turns them into usable cardboard boxes.

Yelena Baturina is a Russian and her net worth is valued at 1.9 billion dollars. She founded her own legendary plastics company, ‘Inteco’.

There have been successful and enterprising female entrepreneurs from all over the world. They have been propelled towards success by their passion, commitment and vision.